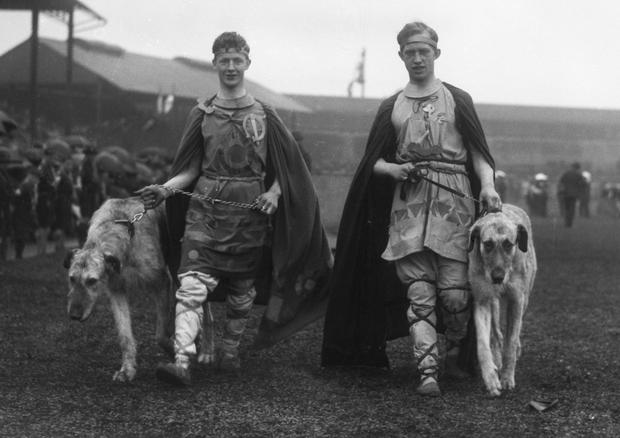 In Ireland, August is when two very important events occur; the first harvest of the year, and the festival season kicking off. Festivals have been an integral part of our history for thousands of years and have carried on to the modern day with new, innovative ways of engaging with our heritage while still maintaining a very traditional, if not ancient, celebration of life, agriculture and culture. The most famous, and one of oldest running, is the Puck Fair which as been going on since the 17th century, but many communities much like our own have smaller local fairs and festivals in the early part of August, but beyond it being associated with the harvest season, why else do you think we have so many localised fairs and festivals nationally, and do you ever think it’s associated to an Old Irish God?

Well, if you are not familiar with it already, the first of August is actually a festival in the Irish Celtic Calendar from ancient times. This festival is called Lughnasadh and its origins date back to when Ireland followed a polytheistic faith. The name is believed to be derived from the God of Craft and the Arts, Lugh Lamhfada or Lugh of the Long Hand – a greatly skilled hero and warrior in Irish Mythology who also has ties to the harvest and warrior culture. According to legend, Lugh was cast from the shores of Toraigh Island by his Grandfather, Balor of the Evil Eye, and was raised by his Foster Mother Taitliu. After clearing the plains of Ireland for settlement, she died and Lugh created a harvest festival with funeral games in her honour known as Áenach Tailteann. During this, there would be events honouring the dead, proclaiming the laws and the festivities following. Some of the sporting including running, hurling, spear throwing, archery and even horse racing, and the festival, much like today, would have competitions in crafting and music and food. Due to these great sporting events and competitions, the Tailteann Games are often referred to as the Irish Olympics because of this!

One of the stranger events that took place were mass arranged marriages where couples would often meet for the first time before being married amongst other brides and grooms. If you didn’t like your spouse though, you had a year and a day to decide of you wanted to divorce them.

This festival also celebrated the beginning of the harvest season. People would celebrate by cooking grand feasts, playing music, selling their wares and revitalising their connection with nature as the Irish landscape was bursting with produce and foliage. We still see this today with events like the Pilgrimage to Croagh Patrick on the last Sunday in July. Lughnasadh is actually the last of the major festivals in the Celtic Calendar.

Today, the festivals that we have across Ireland have evolved into something new that reflects our ever-changing climate while still honouring and preserving ancient tradition. If you have a festival coming up in your community, take a moment and consider how this yearly festival has its roots in our rich line of cultures and traditions.