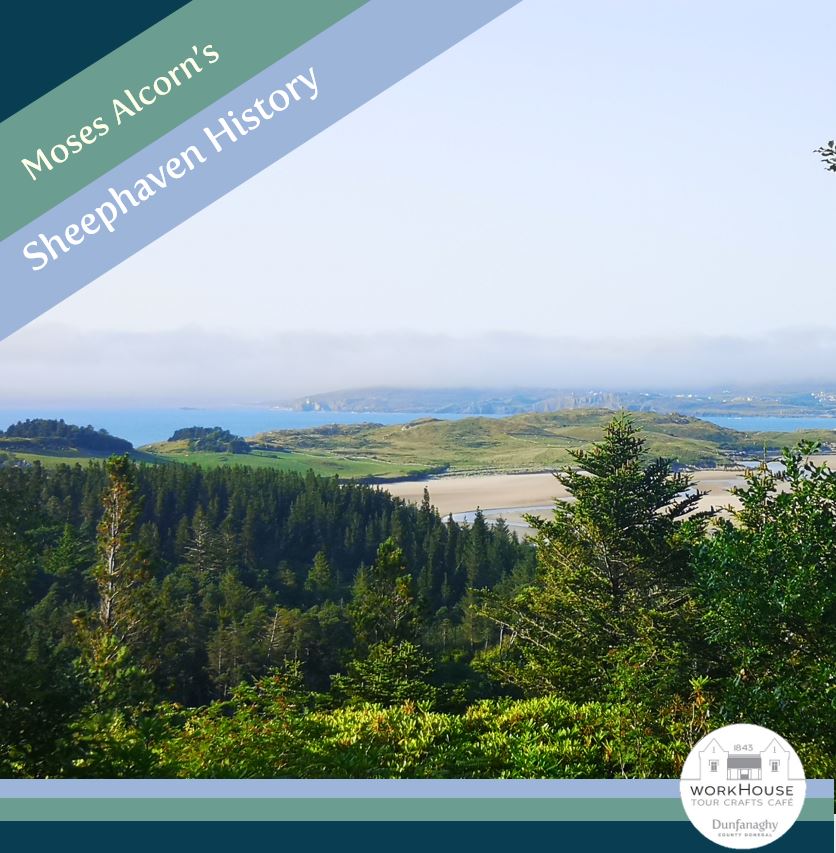 Today, The Ards Forest Parks one of the most popular tourist attractions in County Donegal with walkers and families travelling from far and near to enjoy the walks, trails and all facilities at the park. These facilities include a developed play park, the Coffee Tree Coffee Shop and art installations throughout the park.

The Ards Forest Park, which is maintained by Coillte, is a relatively new addition to the local landscape.  During the a time when the park was owned by landlords, the area the park now covers was once the Stewart Bam Estate. The Landlord carried out a number of improvements to the land including putting a sluice gate on to control the ebb and flow the water into the canal, which is still to be seen today.  These measures prevented flooding in the area for generations. However, in more recent years the sluice gate has been damaged and flooding is now a problem not just in the park but also for farmers in the surrounding countryside. During this time, a tunnel was also built from Ards House all the way to St. John’s Church in Ballymore supposedly so that the lady of the House could make her way to Sunday Service without meeting any of her tenants.

The area covered by the park was once a vibrant community and the main road between Letterkenny and Dunfanaghy passed through it.  Indeed, one of the last intact milestones to be found in the area can be seen close to the entrance to the Park still signposting the way between the two towns and Kilmacrennan.  There used to be more milestones in the locality but they were destroyed by the Local Defense Volunteers. There also used to be a village situated in the Forest beside what is now the Ballymore Bray.  There was even a Presbyterian Church in the Village but the village and Church were abandoned when the residents were evicted and rehoused elsewhere as the Stewart Landlord built a boundary wall around his estate which stretched from Ballymore to the Log Cabin. Parts of this wall can still be seen along the route of the N56. As part of the great temperance crusade of the 1800’s, Father Mathew addressed a large number of people on top of what is now known as Medal Hill.

After the establishment of the Irish Free State in 1922 many of the Landlords left Ireland and their land and Houses passed into the possession of newly formed Irish Land Commission and the Ards Estate was sold to the Capuchin Order and the Irish Forestry Service which then set about establishing what is now Ards Forest Park.  This involved planting thousands of trees and developing the facilities that we take for granted today. This was hard work and men from all over the locality would make their way on foot or on bicycles to the White Gate to begin their day’s work

Today, according to Coillte, the park covers approximately 480 hectares (1200 acres) and includes a variety of habitats, among them sand dunes, beaches, salt marshes, salt water lakes, rock face and, of course, coniferous and deciduous woodlands and is a powerful asset for the recreational and tourism fabric of the local community a far cry from times gone by when the landed gentry were in charge of this beautiful part of county Donegal.